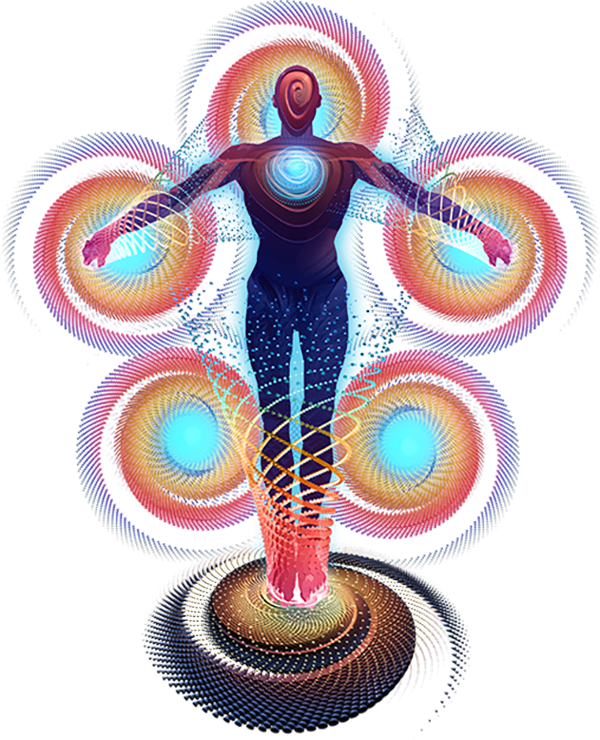 Posted at 23:26h in Uncategorized by Lion Goodman 8 Comments
0 Likes

During the past five decades, since the earliest years of the Feminist movement, there has been an increasing awareness and interest in the Divine Feminine. Hundreds of websites focus on exploring all aspects of the feminine, including the Goddess and how she appears in all of her forms and guises.

But what of the Divine Masculine?

After 5,000 years of masculine domination and control, patriarchy and imperialism, the Masculine looks like a problem to be solved rather than a subject to study or an energetic force to embody. The Western Abrahamic religions – Judaism, Christianity, and Islam – are pointed to as the chief cause of the destruction of cultures, the oppression of women, and the rape of all things feminine, including the earth. This opinion is widely shared including by those who do not believe in the One True God indoctrination of those religions. This includes pagans, scientists, materialists, environmentalists, and independent thinkers from all backgrounds.

Jonathan Kirsch, in his excellent book, “God Against the Gods: The History of the War Between Monotheism and Polytheism,” describes the core value of monotheism as “exclusivism.” Beginning with Akhenaton in Egypt, and picked up by the Jews of that time, monotheists believe that worship is to be offered only to a single god – to the exclusion of all other gods and goddesses. Not only is their god the best god, but the one and only god. All other deities are false. Their zealotry is extended to exclude anyone from their ranks who does not share their one true belief.  They not only exclude them from their ranks, but may also kill them, believing that their God demands the blood, and death, of non-believers.

Prior to the exclusivism of the Monotheists, there were hundreds of gods and goddesses alive and worshipped in cultures throughout the world. There is evidence that the early Jews worshipped Asherah, a goddess, along with Yahweh, their male deity, and the Jewish mystical tradition acknowledges Shekinah as the feminine principle of life. Merlin Stone describes the earliest goddess cultures in her book, “When God Was a Woman.” Anodea Judith, in her book, “The Global Heart Awakens,” paints a visionary story of the changes that occurred as civilizations shifted from Goddess worship to Gods-and-Goddesses worship to exclusive God worship.

When the gods are both male and female, there is some parity between men and women. Both have their proper roles, and both are Divine.  In almost all cultures, the Gods shared certain qualities of their human worshippers (such as love, lust, rage, and jealousy). In those cultures, both men and women could see some divinity within themselves.

When a solo male God became the source of life and salvation, feminine characteristics and qualities were transferred to the masculine. God, and men, became responsible for fertility, nature, creation and destruction.  The feminine Goddesses, and women, got shoved aside, destroyed, or buried in the rubble.

Our search for the Divine Masculine must extend out beyond patriarchal religions. We must look elsewhere for our Divinity.

In their classic book, “King, Warrior, Magician, Lover: Rediscovering the Archetypes of the Mature Masculine,” authors Robert Moore and Douglas Gillette make a distinction between “Boy Psychology” and “Man Psychology.” They write, “Feminists have seen how male dominance in patriarchy has been oppressive and abusive of feminine characteristics, virtues, and women themselves. Some feminists conclude that masculinity in its roots is essentially abusive, and that connection with “eros” – love, relatedness, and gentleness – comes only from the feminine side of the human equation. In our view, patriarchy is not the expression of deep and rooted masculinity. Truly deep and rooted masculinity is not abusive. Patriarchy is the expression of the immature masculine. It is the expression of Boy Psychology, and in part, the shadow – or crazy – side of masculinity. It expresses the stunted masculine, fixated at immature levels.”

Moore and Gillette, both psychologists, utilize Jungian Archetypes to distinguish the best qualities and virtues of mature masculinity. If our Divinity is a reflection of our Virtues, we must examine the virtuous expression of masculinity to understand the Divine Masculine.

As with any path of virtue, there are many ways to go wrong. Ego needs can take over and express the negative aspects of the archetype. For example, the King has two shadow aspects: the Tyrant and the Weakling Leader. The Warrior’s shadow aspects are the Sadist and the Masochist. The Magician’s shadow includes the Detached Manipulator and the Denying “Innocent One.” It is easy to see that historical patriarchy is an expression and function of these shadow aspects. Imperialism, oppression, destruction of cultures, monotheistic exclusivism, uncaring exploitation of the earth’s resources, and domination and control of others – are all expressions of these negative aspects of masculine power.

What are the Divine aspects of these archetypal forces?

A divine King is a benevolent provider for his kingdom. He brings order and safety where there is chaos and harm, organizes culture to provide prosperity for all, and ensures a free flow of energy and communication to elevate everyone around him. He serves the people along with his Queen, who is equal in stature and partnership.

This benevolent leadership can be seen in many of our cultural heroes – Mahatma Gandhi, Martin Luther King, John F. Kennedy, the Dalai Lama, and even CEOs of companies such as Ray Anderson of Interface, a carpet company on a mission to save the Earth’s environment.

A divine Warrior is a protector, not an invader. He creates a safe environment in order for the people to thrive and grow. He defends his territory, which could include the whole earth, from destruction and exploitation. He is also an Inner Warrior, doing good battle with his own ego and psychology, fighting to strengthen his own divine nature against the inner forces of chaos and vice. Our eco-warriors at the front of battle, including tree-sitters and environmental lawyers, are doing this battle. Spiritual warriors like philosopher Ken Wilber use their own strength and fortitude to discover the truth that includes everyone and everything, leaving nothing out.

The Hero is, curiously, part of Boy Psychology. The Hero looks like a man, but is really a boy attempting to become a man. He journeys out of the community to save a damsel in distress or fight a dragon to prove himself. His ego seeks acknowledgment and praise for being a hero. Military officers are most often heroic types, and consequently can rationalize destroying a village in order to save it, as Lieutenant Calley did in Viet Nam. Most film heroes are of this ilk. Rarely, we see an example of the mature masculine in films. There are exceptions, such as Obi-Wan Kenobi in Star Wars, the Seven Samurai in Akira Kurosawa’s 1954 film, and the soldier in Avatar who matured into the Heart Warrior through the love and care of the feminine, along with Nature Herself.

A divine Magician uses his skill and knowledge to benefit all of humankind. Doctors, healers, scholars, inventors, musicians, and wisdom leaders are examples of the virtuous Magician. In it’s negative, egoic, or boyish manifestation, it may appear as a know-it-all, using knowledge to oppress, manipulate or brutalize others. Our divine Magicians are generous creators such as Deepak Chopra, who weaves others’ wisdom into popular culture, and Bono, the Irish musician in U2 whose social activism has brought international acclaim.

The divine Lover is a man of both heart and wisdom. In partnership with his consort and partner, he brings the fullness of love to all of life. The good husband and father who works hard to love and raise his family is an example of the Lover in his fullness. He may lead a non-profit organization that is working to heal the world. David Deida, a controversial teacher of Tantra, represents the divine Lover in his fullness, bringing the power of love to his work and life, and encouraging men and women to fully embody the divine forces.

It is important to separate the masculine and feminine from the male and female genders. The virtues of the divine masculine can appear and have full flower in any body, regardless of the shape and size of the genitalia. In the same way as the divine feminine has been recognized as a force that can be owned and embodied by both men and women, the divine masculine is also inside of us all.

As human beings, we stand between the earth and the sky. We are a product of both mother (mater = matter and matrix) and father (pater = pattern), a masculine God and a feminine Goddess, Creator and Creatrix. We are part of their divinity, and we are thus divine by design. When we actively practice and pursue our virtues, we become naturally caring, generous, loving, protective, encouraging, curious and creative.

Some virtues appear to be more expressive of the feminine, others as expressive of the masculine, but all virtues are expressions of our divine nature. When we are in our fullness as human beings, we express the best of ourselves. Our communities and our cultures thrive.

Two virtues are especially required today: vigilance and fierceness. We must be eternally vigilant, protecting ourselves and our families from negative, immature qualities – whether feminine or masculine. We must bring our fierceness as well as our love and wisdom to educate and grow ourselves, our children, and each other. Our job is to create a whole, balanced, and good life for all. May it be so, and may you be blessed on your journey.