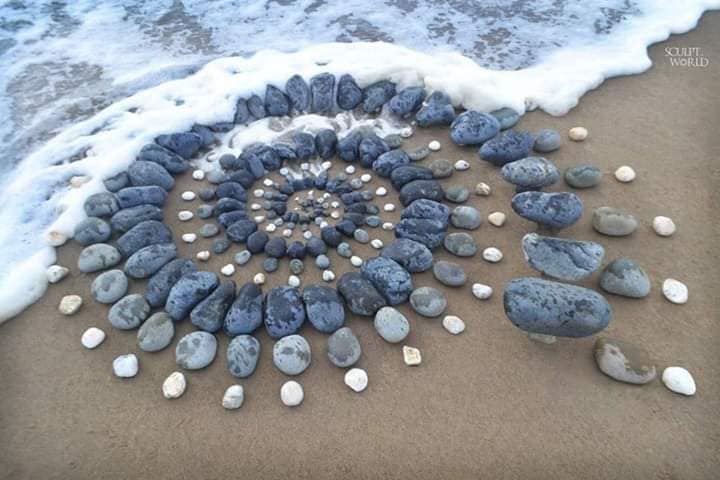 Posted at 11:30h in Uncategorized by Lion Goodman 0 Comments
0 Likes

It has finally dawned on Western society that underneath most our deep problems, issues, and discomforts are wounds and traumas from the past. These Adverse Childhood Experiences have been well documented by the Center for Disease Control in their long-term health study.  (ACES)

As coaches, we must become trauma-informed and trauma-sensitive.  We cannot coach our clients to move forward in their life without dealing with their inner blocks, barriers and resistance that have prevented them from doing so.

I was told early in my career that when the coaching profession was first formed, there was concern that coaching could become regulated by the government, as had occurred with medicine, psychotherapy, and physical therapies. In order to avoid legislative control over the profession, a distinction was consciously crafted to avoid that fate: “We only deal with the present and the future. We leave the past to licensed psychotherapists, psychologists, social workers, and doctors. We aren’t doing therapy, therefore, we don’t need to be regulated.”

This was a brilliant move for the profession, making it more akin to consulting, but it was an artificial and arbitrary distinction which has become extremely self-limiting.  Coaches have been trained to follow this guideline, and are left helpless in the face of their clients’ psychological wounds, inner resistance, and trauma-based reactions to their life conditions and circumstances.

How can a coach help their client move forward in life when what’s holding them back is a limited belief, old program, or wounding from their past? Coaching schools have not given their students the training, skills or tools needed to deal with this common occurrence.

Regardless of the type of support you offer your client to help them craft a better future, they will continue to be held back by the thoughts, emotions, conclusions and beliefs from their past.

Clients often express that their current problem is connected to something from their past. Coaches are left with a limited range of “helpful” options: inform, cajole, recommend, question, cheerlead, guide, and advise.  These outside-in approaches can work for highly self-motivated clients, and for those who are actively working with a therapist.  Most coaching clients don’t have the necessary tools to deal with their deep inner issues – otherwise they wouldn’t need help to move forward.  They don’t know why they’re stuck. Something inside is putting on the brakes, derailing them, or stopping their forward momentum.

We’ve all had clients who don’t complete their assignments, don’t do their practices, or get so “busy” that they quit the coaching process entirely. The most common excuse?  “Something came up.”  Does that sound familiar?

The real reason is that something DID come up – something from the past. They may have  reacted to something you said that reminded them of their mother. Or you gave them an assignment in direct conflict with a limiting belief. There are many names for the infrastructure where our beliefs operate: schemas, mental models, paradigms, emotional memories, and frameworks. Regardless of what you call them, they are the source of life’s unpleasant experiences.

If you push too hard against those internal barriers and protectors, your client will quit and find someone else who can help them deal with their real issues that are holding them back (or someone who will coddle them without challenging them).

My client Judith wanted to build her coaching practice and become successful in her new chosen profession. She had been highly successful in the corporate world, seen as an accomplished doer with integrity who could get anything done.  After leaving the corporate world to become an executive coach, she took numerous business-building programs. She knew what to do and how to do it. She had identified her niche, understood her value, and prioritized her action list.  But nothing happened. She couldn’t get started, couldn’t take the actions that she knew she had to take. She froze up when she tried to write an article. She couldn’t bring herself to reach out to her former colleagues or clients. Her website design had been stuck at the half-done point for six months. She was frustrated and angry with herself, and was confused by her own behavior.  She felt “an invisible hand” holding her back. She had no idea how to unhook it.  Other coaches had offered her a wide range of counter-actions that could have worked to break through the barrier, but all of them failed to change her underlying stuckness.

I suspected an early childhood wound. “Unexplainable” behavior is almost always sourced in childhood.  Using the Clear Beliefs Method, I asked her to follow her embodied feelings back into her past, and asked her to identify earlier memories and experiences of feeling unable to move forward. She described a childhood filled with fear of her alcoholic father’s rage and her enabling mother who didn’t protect her from her. Her response to this trauma was intelligent and understandable: shrink down, do what you’re told, and avoid confrontation by not expressing herself in any way. That strategy kept her safe and avoided triggering his anger and physical abuse.

The same strategy allowed her to succeed in the corporate world. She could accomplish any task assigned to her. But as an entrepreneur, she needed an internal locus of control rather than an external one.  Whenever she thought about reaching out to others, marketing herself, or becoming visible, that “invisible hand” pulled her back into her childhood strategy of hiding and staying quiet.  Her inner child remained in abject fear of being hurt. Her inner protector held a vice grip on her life to ensure that she didn’t disturb anyone.

Once she became aware of this ancient internal program, she could feel its power over her, and she wanted to clear it out of the way.  It took less than an hour to delete the old strategy, and she could then create new beliefs for her future. Almost immediately, new abilities and opportunities emerged. Over time, she was able to show up differently in the world, reach out with her full authenticity and power. Her coaching practiced blossomed, and within a year, she was living the life she wanted, serving her avatar clients and bringing them greater success. She also registered for the Clear Beliefs Coach Training to learn these transformational tools.

The techniques I used could be considered “therapeutic interventions,” but it wasn’t therapy. There was no need to talk about what happened, who did it, or why.  We dove down through the storytelling layer of mind and connected directly to her core patterns, where they lived.  We then cleared them, one at a time, until she recognized her True Self shining in the world.

Most coaches are not trained to facilitate this kind of  deep healing and shifting of old patterns and programs. The original artificial distinction about coaching, “we don’t deal with the past,” has prevented the coaching industry from offering effective methods of internal change.

In one session, I helped Judith clear the fundamental trauma that lay beneath the surface of her personality.  The therapeutic coaching experience changed the foundational principles of her approach to life. It impacted all aspects of her life. New possibilities emerged and doors opened that had previously been closed. In our follow-up sessions, she reported that her resistance to reaching out to others was gone, she completed her website, and her practice was full. She was delivering the value she had always known she could offer to her clients. In addition, her marriage and relationship with her children dramatically improved because she was no longer afraid of upsetting others with her truth.

This kind of transformation is the goal of every therapeutic and coaching intervention. In my practice, and in the practice of hundreds of coaches I’ve trained, these profound shifts happen routinely.

It’s time for the coaching industry to confront its original error and shift to a more comprehensive model of whole-systems change. The industry must go through its own belief-clearing process, similar to the one we use with our clients – find the belief that’s causing the limitation, and clear it so new possibilities can emerge.

I envision a time in the future when every coach has effective tools to locate the cause of their client’s issues, and transform their client’s self-view and worldview rapidly and permanently. The coaching profession must include and support ALL aspects of our clients world: from the inner to the outer, and from the past to the future.

Many coaches have already moved in this direction, quietly operating around the edges of ICF guidelines. They have recognized that “only present & future” coaching does not fundamentally solve the underlying problems and issues confronting their clients.

For coaches who want this kind of training, so they can provide psychology-informed and trauma-informed methodologies, there are many good options, including NLP, NARM, RTT, Therapeutic Coaching, and my own Clear Beliefs Method.

I call on the leaders of our industry to wake up and smell the transformation. It’s  already cooking in the background.  Coaching is about helping people make significant changes in their lives to become more whole, capable and accomplished.  It’s time for our professional organizations and training institutions to take its own medicine and clear past limitations so we can create a brighter future.

Lion Goodman, PCC is the founder of the Clear Beliefs Institute, and the creator of the Clear Beliefs Method of deep transformation and healing.  More than 550 coaches around the world have graduated from The Clear Beliefs Coach Training (www.ClearBeliefs.com), accredited by the ICF for 48 hours of CCEUs and approved by the Association for Coaching in their CPD Schema. Prior to his 20-year coaching career, Lion worked with hundreds of senior executives as an executive search consultant. He is the author of Creating On Purpose and 5 e-books including How to Clear Your Clients’ Limiting Beliefs.  He lives in Sonoma County, California, and he is profoundly grateful for the privilege he has of teaching and working with amazingly awesome coaches in more than 40 countries around the world.