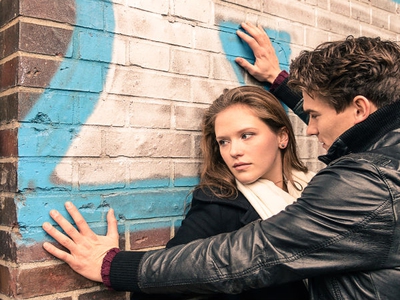 11 Mar Control: The Downfall of the Masculine and the Poison of Civilization

Posted at 15:07h in Uncategorized by Lion Goodman 16 Comments
0 Likes

by Lion Goodman and John Jones

For men, it is vital to understand the issue of control if we wish to improve ourselves – and the world – in any way.

Control is pervasive, and it has permeated masculine humanity throughout the ages, at all levels of society.  Men (especially – but not exclusively) have attempted to exert control over their environments, social structures, and institutions. They have tried desperately to exert control over the thoughts, feelings, beliefs, and behavior of others, and also themselves.

Males have historically used more extreme, violent and destructive methods to achieve and maintain control compared to females.  Women also work very hard to control others, though they tend to use more emotional and language-based strategies, rather than violent physical strategies.

Control is so pervasive that it is assumed to be a natural part of human behavior and the social order. It is present in virtually all human interactions. It thus remains camouflaged, and it escapes close scrutiny.  It is the basis of all forms of domination, subjugation, territoriality, and competition. It has infiltrated all every group, institution, and organization throughout history. It is the core motivation behind most decisions, and most strategies within organizations.

This penchant for control has destroyed countless civilizations and cultures.  It has resulted in uneven wealth, education and resource distribution among all of the world’s populations. It prevents building trust, teamwork, cooperation, and collaboration – and the solutions that could be built from altruistic virtues.

Humans have the ability to rationalize and justify the (supposed) need for control. In families, it is used to manage the development of children and the behavior of spouses.  Family members control each other through both threats and actions, including judgment, criticism, withholding of love and acceptance, withdrawal, abandonment, and punishment (through physical or psychological pain).  Even the most loving parents attempt to control their children in the name of keeping them safe and healthy.

When you believe you are in control, or when you gain some measure of control, you feel more secure and powerful.  Security is one of our most powerful motivational drives.   When we feel secure, fears and anxiety drop away.  To the brain, the pleasure of power, security and control are as addictive as heroin or cocaine.

Social structures are preserved by the process of control.  We feel secure when our structures are consistent, and solid.  We naturally avoid or suppress anything that could challenge or change the status quo.  To the brain, a reliable structure that produces pain is superior to the feeling of uncertainty that would be caused by change – even if the change could produce a better outcome.  For most of human history, the optimum survival strategy was to do the same things that your parents and elders did, and in the same way. This is one reason why so few things change within organizations and institutions.

Control is assumed to be necessary and appropriate. It’s unquestioned and unquestionable. It’s rationalized to be valid, true, and necessary. In fact, if you attempt to challenge its basic assumptions, there are built-in mechanisms that will respond to your challenge with a vengeance – and it will attempt to destroy you. Bumper stickers that advise, “Question Authority,” never add the second half of the truism: “… at your own peril.”

In the ancient Tantric tradition of the chakras, control is based in the root chakra – at the base of the spine. This chakra, or energy center, connects us to the ground. It is where our survival instincts are based, along with our motivation to do whatever it takes to survive.

Fear and insecurity are built into our ancient brain circuits. Neuroscientists have estimated that 75% of the brain’s functions are dedicated to looking out for signs of danger.[1]  As soon as we are born, we begin to develop strategies to survive and stay safe. This includes learning to exert some measure of control over ourselves and our caregivers.  We will do anything to achieve it, even if it’s irrational or unwise.

Control is actually a myth.  We cannot be fully “in control” of our lives – or ourselves. There are too many outside influences, including other people, our culture, and the institutions around us.  Control is unattainable. It is only an illusion – one we chase after endlessly, to our detriment.

Control itself is neither bad nor wrong. We learn to control our bodies so we can function in the world. Tools must be controlled to be useful. Our ability to control and manipulate objects has opened up all of science, engineering, production, and the arts.  The problem occurs when our desire to control the objects of this world is extended to the desire to control other living beings. This is when control enters dangerous territory.

One of the most powerful foundations of human drama is 1) having control, 2) losing control, then 3) regaining control. Consider Captain Kirk of the Starship Enterprise. Almost every episode involved an alien force causing Kirk to lose control of the ship. Through stealth, wisdom, and luck, he managed to regain control by the end of the hour.  All empires, including the Roman Empire, the British Empire, and our own American Empire, have reflected this drama of battling for control over power, wealth, resources and even salvation.

In most social animals, control is the foundation of status.  A pecking order reveals the hierarchy – who is above, and who is below.  Those above control those below.  And rank has its privileges.  The Alpha in any pack or troop controls the behavior of others, and has first choice of food, mates, and resources.  Because we are social animals, almost all of the structures of our society reflect this hierarchical arrangement. It is a biological drive as well as a social drive. The more status you have, the more likely is your survival.

Humans have extended the control of resources to vast territories and resources. Resource control has been the basis for most of the wars in the modern world, and they continue unabated today, right up to Iraq, Afghanistan, and the Ukraine.

Control is an attempt to achieve safety.  When we feel unsafe, we are anxious and defended. When we feel safe, we can relax and open. In the brain, the “unsafe” signal switches our limbic system into the fight-or-flight mechanism.  Built into our biology is the belief, “The more control I have, the safer I am.”

We seek absolute control, in order to have absolute safety.  However, we have no real control over other people, or our environment, despite our attempts and our delusions.

In following diagram illustrates the human dilemma: The Fear/Control Addiction Cycle. Fear of every kind creates the desire for safety, to feel safe or safer.  This manifests the attempt to assert control over others, our environment, and ourselves.  All of these attempts ultimately fail, because control is a delusion.  This failure triggers more fear, and more attempts to gain control.  The cycle becomes an endless addiction.

As this cycle escalates, humans narrow their vision. They see situations and relationships in binary terms, such as safe/unsafe; true/false; and us vs. them.  The truth is that there is a huge and complex spectrum of factors in every situation and relationship. There are a myriad of subtle influences and nuances that influence every single situation.

As situations and relationships become more complex, and as the rate of change increases, fear increases, both at the level of the individual and globally.  This intensifies the reduction of human vision to myopic consciousness and black/white polarities, reducing human intelligence and the ability to make good decisions.

Control is so much a part of our thinking that we even use it to control ourselves. We are taught that with sufficient self-control, we can achieve our goals, meet the standards set by others, and gain personal advantage. We push ourselves relentlessly to fulfill our promises, and jump through hoops to make ourselves successful, or at least acceptable. We threaten ourselves with pain, self-judgment, and self-punishment as a way to force ourselves to behave in particular ways.

Instead of treating ourselves (and others) with love, we dole out tiny measures of approval as a reward for proper behavior. To compensate for this self-abuse and lack of self-love, we tend to over-indulge in pleasures. We then punish ourselves with shame and guilt. It is a complex matrix, and it’s not easy to extricate ourselves from it.

In the next article in this series, we will discuss the possibilities for freeing ourselves from the Control Matrix, and the true liberation that can come from doing so.