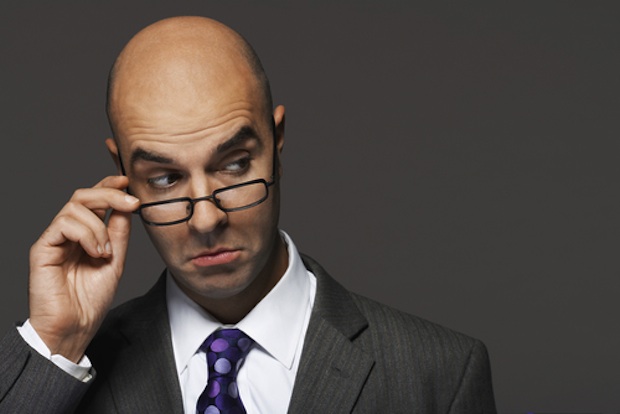 16 Aug Are You Judgmental?

Posted at 23:47h in Uncategorized by Lion Goodman 4 Comments
0 Likes

Do you ever judge other people?  Do you judge yourself?  It’s a very human thing to do.

We know what it feels like to be judged by another person. It feels crappy. So why do we do it to others? There’s a good reason, but we have to look into our animal nature.

I was coaching a brilliant young executive who complained about her own judgmental nature. She could see that her judgment of others kept her separate from them, when she wanted to feel connected. The judgement created a kind of distance, which made her feel safe, but it also made her feel lonely. She judged everyone, including herself.  “Judging others is bad,” she said, “and I’m bad for judging others.”  I pointed out that judgment is a sword with two sharp ends.  It always stabs in both directions.

“To judge” has many different definitions. Two of them are: “a formal utterance of an authoritative opinion,” and “the process of forming an opinion or evaluation by discerning and comparing.”

Discernment is a virtue when the mind is used to evaluate a situation and form an educated opinion. It is the ability to detect whether something is good for you or not, and take the appropriate actions. It helps you establish healthy boundaries and keep yourself safe. We could all use a little more discernment.

What turns discernment into judgment is adding a binary value judgment. The other person’s characteristic or behavior is not just different (or “not right for me”), but is bad or wrong (instead of good or right). The world is black-or-white for children, but we’re supposed to grow up and see that all qualities exist in wide spectrums of many colors. Ice cream doesn’t come in only two flavors, and neither do people. We are all different, and all worthy of respect, honor, and love. We are all God’s children doing the best we can.

What then is the purpose of judgement?  To answer this question, I looked for biological models.  What animals judge each other? They may see others as competitors for the same resources (food, mates, etc.), but that’s a survival instinct, not a moral yardstick.  Social animals tend to have a pecking order, a way of assigning status. Wolves, for example, have identifiable alphas, the top dogs, and the betas, who are second in line. Then come the deltas, and the gammas. Status determines who eats first, who leads the pack, and who keeps who in line. This allows naturally competitive animals to operate collaboratively.  Chickens peck the heads or bodies of others of lower status, thus establishing the actual “pecking order.” Monkeys and apes also have social hierarchies. They express dominance over others by snarling, pushing, grabbing, and sometimes bopping others on the head.

We are social creatures, and we want to know where we belong in the hierarchy.  We can identify the top dogs in our pack by how they talk to others, how much they direct others, and how many resources they’ve accumulated. We compare ourselves to them, and we do whatever we can do to elevate our status.  At the biological instinct level, higher status equals more resources, including mates, food, and power.  We have even institutionalized our hierarchies in organizations, with a CEO on top, and a pyramid of power below him or her.  Those on top tell those below them what to do.

We have the same drive as monkeys and apes, but we don’t bop each other on the head to express our dominance and power. We’ve gone underground. We’ve internalized this status assignment function, and we call it judgement.

When we judge another negatively, we elevate our own status. If he’s bad, I’m better than him. If she’s wrong, I’m right. That makes me feel better about myself.  It’s a “dark pleasure.” If I put her down, I go up.

And the opposite works just as well. When I put another person on a pedestal, and see them as better, I get to feel bad about myself. This doesn’t seem like any kind of advantage, but think of it this way: If your mother or father criticized you, you internalized that function in order to align with their opinion of you. You create an Inner Critic who can take over the job. Similarly, if your parents used negative judgement against you, that’s what you took to be their form of love. So judging yourself as lower and feeling bad actually brings you closer to your misunderstanding of what love is.

We are such strange creatures.

Judging a person sticks a label on them. “She is so sloppy.” “He is a real pain in the ass.”  “You are really dumb.” “Those immigrants are thieves and drug dealers.”

Once you label someone, you go partially blind. You no longer see them as a complete human being with a full range of personal characteristics: successes, failures, struggles, pain, joys, limitations, beauty, glory, passions, etc.  Instead, you see the label you’ve slapped on them.  They are no longer a person – they are sub-human, a thing, an object of derision.  In the extreme, this turns into verminization – labeling a group or class of people as pests – which must be destroyed in order for us to survive.

The ultimate result of judgment’s harsh and final separation is a deep feeling of being disconnected and alone in the world. That loneliness then turns us into pleasure-seekers looking for anything to fill that hole. We might find that a drug or alcohol brings temporary relief. Others may find it in food, casual sex, destructive relationships, or over-work. We have so many pain relievers to choose from…

When we judge ourselves, we put ourselves into the same kind of box. It limits our self-expression, our joy, and our ability to connect to others.

What opens the box is compassion. Imagine removing the belief “There’s something bad (or wrong) about that person (or me).”  Take it off and throw it away. Then imagine replacing it with the belief, “That person is different than I am, and just like me, they are a full-spectrum human. They have had difficulties and hurts, and they are seeking ways to be happy. Just like me, they are learning about themselves, life, and the world.”

This is the essence of compassion ­­– recognizing our common humanity. The box breaks open, and a real person emerges, someone we can relate to, understand, and have a relationship with.  We become more fully human.

And if you judge yourself, do the same thing. Instead of label yourself as less than others (or more than others), pull out the arrow of self-judgement. Try on this belief instead:  “Just like every other full-spectrum human, I’m a learning being. I make mistakes, which is how I learn and grow. I am a multidimensional being, a doorway through which Spirit, God, and Source manifests in the world. My soul is whole and unbroken. Souls cannot be harmed or destroyed. And my human nature is beautiful, including all my imperfections. I am a part of the Universe. I belong here, and I accept all aspects of myself as sacred and worthy.”

Here’s the test of whether a belief is empowering and positive, or negative and destructive:  Would you enjoy living in a world in which everyone believed that?